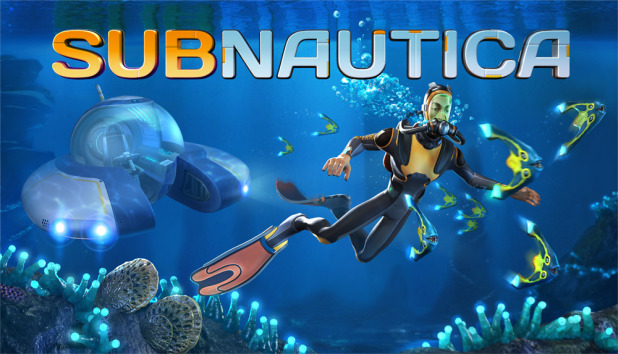 It’s no secret that Subnautica is a popular game but is there more to this game than alien creatures?

Could Subnautica share some allegorical tones with Christianity in our world today?  Let’s take a closer look at the game that won PC game of the year for 2018.

Subnautica is an underwater survival game in which you, the player, have crash landed on an alien planet.  The planet is filled with alien sea creatures–some scary and some cute and friendly while others are downright deadly.

In a similar way, the earth we live on is filled with people, some of which are hostile to others, mean and outright murderous.  And still many people are genuinely nice, friendly and trustworthy.  For a Christian, we know the hostility many face is because of our simple belief and trust in the God of the Bible—namely Jesus Christ.

Within Subnautica a bacterium (known as the Kharaa bacterium) has infected the planet’s inhabitants, alien life, including you the player, and apparently has become part of the ecosystem of the make-believe planet known as Planet 4546B.

In Genesis from the Bible we learn that the day Adam and Eve disobeyed God in the Garden of Eden, sin entered our world and has infected all of mankind.  (Sin in our world is the breaking of God’s law (the Ten Commandments)).

In Subnautica the primary goal’s are to find a cure for the Kharaa bacterium and ultimately leave the planet (since it’s not your real home).

Today, the world needs a cure for sin otherwise they will be facing God on Judgment when they die without their sin fixed and taken care of.  To the Christian, earth is not a permanent home because heaven is our ultimate hope.

In Subnautica, the planet’s inhabitants need a savior–someone to rescue it from the doom it is facing.  You the player, also need to be rescued.

In real life, we each find ourselves (whether we admit to it or not) in far worse predicament.  Since God is holy and perfect He cannot have sin in his presence which means no sinful person can be in His presence without being consumed by His judgment.  Sort of like a dry leaf being consumed by fire. And as a good judge must punish a lawbreaker God must deal with our breaking His laws. God being just and righteous means He must punish sin wherever it is found. Ever broke God’s law?  Let’s see.  Ever lied?  Stolen something? Hated someone?  God views human hatred as murder.  Lusted? Jesus said to look with lust is the same as adultery (see Matthew 5:28).  Ever used God’s name as a cuss word? Hitler and Muhammad names are not even hated as much to be used as a cuss word.  To use God’s name to express disgust is blasphemy.  The point is, we All have sinned by breaking God’s perfect holy law and need someone who hasn’t sinned to save us from judgment in hell.

In the game Subnautica, a rescue attempt is made by the spacecraft Sunbeam. As the Sunbeam descends onto the alien planet it is immediately destroyed, killing all the crew on board.

To me this valiant attempt at rescue by the Sunbeam could be looked as in similar terms as current world religions and people groups who try to persuade people to believe anything but what is true about God, the Bible and Jesus.  They come with a message full of a different Jesus or no Jesus at all but the results are the same. Their effort is to deny, suppress or ignore who God really is and the reality of our sinful offense against God Himself.

As there should be in any great game, there is a hope in Subnautica but it has nothing to do with God, Jesus or the Bible.  A large sea creature called the Sea Emperor and something known as Enzyme 42 is where you will find this hope. The Sea Emperor is the only source of Enzyme 42 and ends up dying while her young hatch and save the planet (and you).  They hold the cure to saving the infected planet.

In real life, God is the only one who can save mankind from coming judgment against sin.  God paid the penalty of our breaking His law through Jesus Christ.  Jesus, God manifest in the flesh, took the punishment for sin by dying on a cross.  While we cannot fully understand God’s sacrifice for our sin or what He went through and the love He has for us (since He’s God and we’re not) we do know he rose again after three days.  Jesus’ in completing the payment for sin was raised from the grave which ultimately  demonstrated His love for all who believe in Him. So Jesus defeated death (punishment in hell), sin and judgment for all who repent and trust in Him.  Do you know where you are going after you die?

He was despised and forsaken of men, A man of sorrows and acquainted with grief; And like one from whom men hide their face He was despised, and we did not esteem Him.
Surely our griefs He Himself bore, And our sorrows He carried; Yet we ourselves esteemed Him stricken, Smitten of God, and afflicted.
But He was pierced through for our transgressions, He was crushed for our iniquities; The chastening for our well-being fell upon Him, And by His scourging we are healed.
All of us like sheep have gone astray, Each of us has turned to his own way; But the LORD has caused the iniquity of us all To fall on Him.   (Isaiah 53:3-6)

Do Christians hate gays? Watch this

What Does Hitler and Abortion have in common? Watch 180

Find me on steam – Isaiah53six