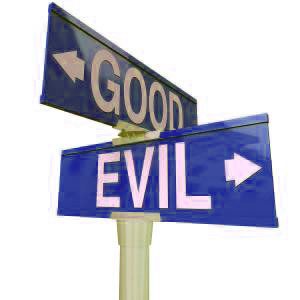 As was mentioned in part one (of Liberal Democrats Hate Christians and Conservatism), Christians, Conservatives and Black and female conservatives are no stranger to fabricated attacks.   False attacks have always occurred  in the attempt to remove a candidate from running for President of the United States.

The belief by some that liberals and Democrats care first about having a female or black leader in power quickly dissipates when it’s learned that the female or black person is a Christian and/or Conservative.  Herman Cain was falsely accused of sexual harassment in 2011 but when he dropped out of the race for the presidency the charges and reports seemed to magically disappear.  When Democrats hate and are threatened by the beliefs of Christian Conservatives regardless of whether they are black or female,  these Democrat media types must do their best to stop such people from becoming President.  They will do what they can even if it means slander, character assassination and lying.     When the Democrat media learn this potential future leader of America believes in biblical values and morals and that Christians and Jewish persecution and murder is evil nor will tolerate it,  the target they have already placed on the candidates back gets even bigger.

However, when a Democrat lies about something truly serious such as is the case with Hillary Clinton and the Benghazi-email-YouTube-video escapade in a which American citizens were murdered, we see a great attempt by the Democrat media to ignore it altogether in the hopes this too will pass.    When black on black homicide rates go up in cities across America, we don’t hear much more than a yawn out of them but when a black or minority person gets shot by a cop in self-defense, the President himself in conjunction with the Democrat media manufacturer concern about the rise of race related violence by the good guys.

In another recent decision against Christians, Barack Obama neglected to make a deal with Iran that would free Christian Saeed Abedini and other innocent Americans from an Iranian prison.  Instead he opted to make a deal with Iran allowing them nuclear weapons despite the fact we know the Iranians hate Americans, Jews and Christians.   I believe Barack Obama made this deal with the Iranians because he supports what they do and shares their Islamic faith.

We know that Barack Obama is not a Christian because the media would have destroyed him long ago, continue to shame him and he would not have become the President of the United States, twice.   However, this type of shame is being attempted in real-time against the Republican front-runners namely Donald Trump, Ben Carson and Ted Cruz.   If Carly Fiorina becomes the front-runner we will watch the slanderous attacks come against her.    Now do we find false slanderous attacks or character assassination articles written by the Democrat mainstream against Hillary Clinton who just happens to currently be the Democrat front-runner?   I can’t even hear crickets.